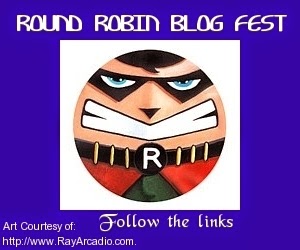 Post your best explosive (literally or figuratively, physically or emotionally) scene from your writing. Tell about your reaction to writing it, background information, etc.

One of the most emotionally explosive scenes in my writing was in my first book, Faith, Hope and Love.

Here’s the excerpt from FAITH, HOPE and LOVE, available at http://www.amazon.com/Faith-Hope-Love-Homespun-Romance-ebook/dp/B00EKNTNTM:

“The judge's entrance fast forwarded the drama.  Luke detached himself from the scene, willed himself into the role of impartial outsider.  It was the best way he knew to help himself.
Both counsels presented their cases.  Both clients wanted the same thing.  Custody of ten-month-old Gordon Summers.
He was called to the stand, reminded of the oath he'd taken.  Myrna gave him an it's-in-the-bag smile and Luke realized he hated rapacious women with too white teeth.  But then he'd wanted the best lawyer.
"Mr. Summers would you share with the court, the details of the twentieth of July?"
Luke cleared his throat.  His eyes swerved to Rachel Carstairs.  She sat on the edge of her seat.  For the first time that morning she was looking straight at him.  Not through him.  The look in her eyes were twin drills, boring into his brain.
"I was spending the weekend on the ranch I co-owned with my late brother."  The words conjured instant pain.  "My brother and sister-in-law had decided to fly to Palm Springs for a charity gala."  Another pause, longer this time.  The muscle throbbing in his jaw made it hard to sound matter-of-fact.  "Their plane crashed ten minutes after takeoff.  It exploded on impact.  There were no survivors."
He looked her way again.  Her stillness tugged at him.  Both arms were wrapped around her body.  As if she was cold.  As if she wanted to shut out the scene he had just painted.  In that moment Luke knew that she had loved Chris.  The thought landed on the top of his already high pile of doubts, escalating his uneasiness.
They should have found another way of sorting out their differences.”

While writing this scene, I felt the immense sadness of Rachel at losing her only living relative in the world; her cousin Chris.  I also felt Luke’s deep sense of loss over his brother and sister in law’s death.  She had flown half way around the world and had nothing except the love she felt for her late cousin and the urge to do her best for Chris’s son.   The little boy she felt was her one shot at giving and finding love.
Luke has everything…a big ranch, money, power.  Rachel has a small savings account.
It was a given Luke would win and Rachel would be out in the cold again.
The court case is the beginning of their romance.  Ten month old Gordie is an amazing matchmaker and of course everything ends well.
Feeling Rachel’s pain and sense of inadequacy from the minute she set eyes on Luke helped me paint the scene with the right brush strokes of emotional tension.

Thanks Robin for including me as we light up the sky.

Let's go over to the next blog and see what exploding there...
http://www.fionamcgier.com